It's possible push a virtual button and disable other button?

Hi all, I’m working on new domotic project and i’m immediately locked in a problem. To close and open my roller blind i need a button UP/DOWN, i see in the blynk app that there are a simple button but i have notice that it’s possible press both button, and this may be a problem. My question is, as a title, is possible push a button and lock the other? Or you have another solution?

yes, you have to put a if condition in your sketch to lock the other button

you could use the joystick widget

no he asked for two buttons, not a joystick
and segmented button is not suitable for blocking segment 2.

you did not understand his rule

I think a 3 position segmented switch should do the job, it prevents up and down being selected at the same time, which is what I think @Andrewa80 was trying to achieve.

Having said that, I do think it would be really useful to be able to disable buttons and other controls via code - greying-out the button/slider etc so that it doesn’t respond at all until it’s re-enabled again.
This would allow the user to design an interface that changes based on the settings of other controls. For example, you might want to have a fully automatic or manual mode for a system that you’re controlling. If you had a switch that chose Auto or Manual then in auto mode a group of controls would be greyed-out, but in manual mode they’d be enabled.

I have suggested this in the roadmap portal:

There is also a similar proposal to allow controls to be added or removed via hardware commands, which would give a much more powerful development environment, but I could imagine it could get very messy - you’d need the ability to specify where on the screen you wanted to add the control, and then you would have to handle what happens if that overlaps with an existing control.

Having said that, I do think it would be really useful to be able to disable buttons and other controls via code - greying-out the button/slider etc so that it doesn’t respond at all until it’s re-enabled again.

I have suggested this in the roadmap portal:

@Andrewa80
only 2 buttons, one lock the other !
is what you are looking for ?

do you need my basic scketch ? you will have to complete it

Oh great!, I’m studying my project to apply it to blynk, I see it very hard! But I don’t give up!

this is,
you have to complete my sketch with blynk code too … 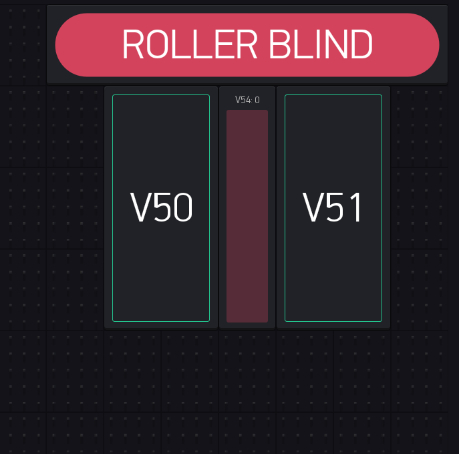 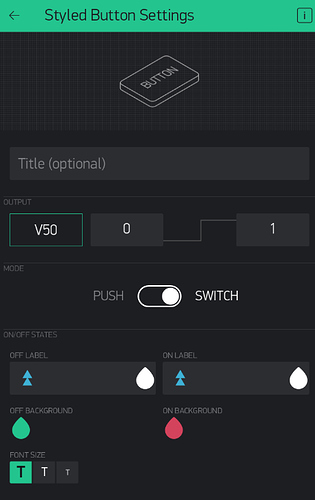