Thanks a lot for the Dark Theme it is really nice.
Unfortunately with this last update it looks that something not working for me, if I click on a Segmented Switch say (Option 1) it sends the command to the BLYNK_WRITE and execute the function inside it.
If I click somewhere else and come back to click again Same Segmeented Switch same Option 1 nothing happened and the no command sent to the BLYNK_WRITE and my function is not executed.
This happens only with this las update.
Essentially When I click anytime to any button if the state doesn’t change I need to trigger always the BLYNK_WRITE to execute always the same function… But with this last update if the Status of the Segmented switch doesn’t change Blynk does not trigger mt BLYNK_WRITE.
Please help to fix or expalin what to do… 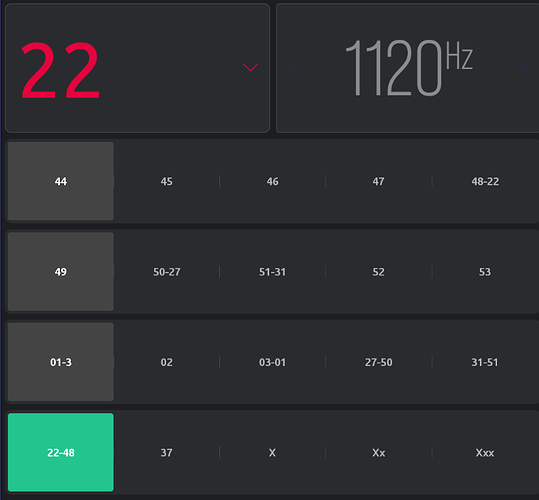 I assume all this segmented widgets are on the same datastream? Can you attach the datastream settings here?

Here is a screenshot for the 2nd and 3rd segments…

If I use only one segmented switch, then the single selection dimension will become very small and also I must modify the Code in my ESP32 because I need 25 selections… that’s why I’m using 5 Segmented switches to accommodate 25 Selections.
It was working fine untill the last update…

Why not use 25 ordinary buttons in switch mode on 1 datastream with overridden high/low value where low=0 and high=each segmented switch value - you will have 1 datastream, 25 options, only 1 in time selected button?

I moved this discussion to a separate thread

I use only 1 button in time.

I think I will still have the same issue because sometimes I select one button say the value = 5 then I will do some options and press again the same buttun , the value still = 5 but in the code will do differnt things because I changed my option … In this case Blynk will not trigger the BLYNK_WRITE in the code same as with segmented switches, am I right?.

Thanks for your help
Regards

Wouldn’t it be better to use the Menu widget, with 25 menu items in it?

Got your point, I still don’t like the idea of reselecting to send value, especially for such a case when you have 4 other segmented switches, which have their own selection still visible - that’s not great UI. As I said sending data on reselecting previously - was a bug.

Wouldn’t it be better to use the Menu widget, with 25 menu items in it?

I still don’t like the idea of reselecting to send value,

You are right, I did so because I was beginner, years ago, with Blynk and I was not expert, I used it in this way and worked for me since the begining until this last update where you fixed “This Bug where you don’t resend the same value for any Widget not only the Segmented Switch I believe”

Tried it with multiple Push buttons sharing same Datastream with different values and it works, since the Push button changes state then the reslection of the same button sends the value to the HW as before.

Because before I was sending GREEN if I press button in VIDEO only mode but I send RED to the same button when I press it in Power On Off mode because the Segmented Switch works well and can do it.

In the case of One Datastream if I change color it change the colour of all the buttons since they share the Same DataStream or Virtual Pin.

Also many swithes make the UI bigger and ugly, before it was much better, please see before and after… 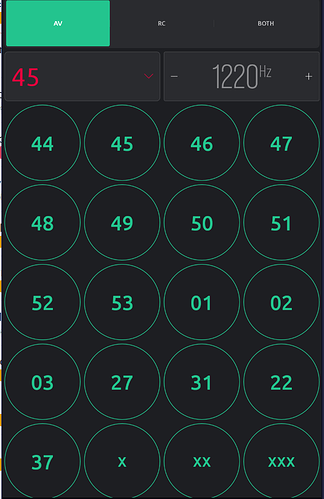 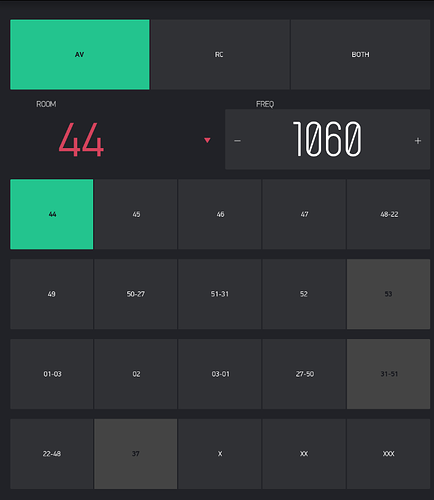 I still not understanding why did you change the Last version of Blynk 2 saying that it was a bug resending the same slection.

Is it possible to have an APK or link for the previous version before the last one with the Dark Mode?

you can google apkpure or apkmirror - they usually provide option to download some older apk by version, in play store that’s impossible

If you will switch those buttons into Switch Mode - only the last selected option will be in ON mode. On button size - I will check if it will be possible to allow smaller size as minimal

For now I downgraded to Ver “cloud.blynk_1.3.13-66” and it works very nice with the Segmented Switches as before.

But doing that I will not be able to receive an new future update, so please help to fix this issue…

Styled Button or Icon Button have smaller min sizes, and they have onColor\offColor properties and separate color settings, so it would work fine with the buttons approach and showing selected state (if buttons are in switch mode)

The buttons in Switch mode didn’t work as discussed before, because state doesn’t change when I come back to the previousely selected button… To make it work buttons must be in Push button mode.

How can I change color for a certain switch if all switches are sharing the same DataStream Virtual Pin?