We would ask for a pre-pay to be sure that you really want to publish, but it can be refunded on your request at any moment during the trial period.

Here are few sample screenshots of fully customized wi-fi provisioning. With your logo, colors, even shapes. We will post live video soon. 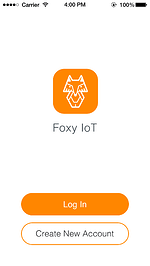 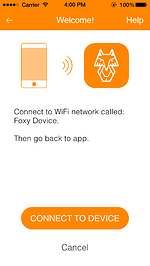 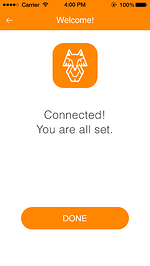 What do you think about it? Please also help us spread the word.

We just wanted you to be first to know

Fantastic idea !!!
What about the charges?

You are very clevers guys !

I love it.
Can’t wait to get my project going so I can get it published.
Thank you guys for your hard work and dedication…

So everybody can be a fireman!! I love it

Great idea… but I would love to hear some real world examples or ideas of this in use?
And I gather it only works on the ESP locally created Wifi network and not in infrustrutre mode?

Thanks for the feedback.

You can find some real world examples on the website.

As I mentioned in my original post, it works with ESP8266 for beta version, but it will also work with Particle and a few other boards that can act as an access points.

What’s the Difference Between Ad-Hoc and Infrastructure Mode Wi-Fi?

Not all Wi-Fi networks are created equal. Wi-Fi access points can function in either “ad-hoc” or “infrastructure” mode, and many WI-Fi-enabled devices can only connect to infrastructure-mode networks, not ad-hoc ones.

Will this run on a local Blynk Server?

Yes, it will be working on a local server too.

i have a some questions here , if i get a small patch of home automation Board with a small modification of my current prototype of EgyIOT board .

i still have a lot of questions in my mind as i sat with some of my friend to build our own solution - server side and mobile app - and right now i don’t have the draft of the mind storming session winch has many many ideas and questions.

I believe it is a great move, looking forward to the details.

is every board has to be flashed with hard coded Auth token - same as blynk - or the app will do that for me so i can just flash one bin file with the FW to all of the boards.

App will do that for you

what is the steps the user - not maker - need to do to configure his own Board.

is the user will be able to share the same hardware with his family members or a specified number of users securely.

is the App and service cost will be different significantly if it’s on your Cloud or self hosted.

Price plan includes cloud access by default. You can opt out, but it won’t affect the price. However, if you are planning on serving billion of requests, you might consider hosting your own

is there a fixed cost for that service or it’s based on how many devices is connected.

It’s a simple fixed price, no matter how many devices are connected. We count requests only.
Current plan includes 5,000,000 requests. Either 1 device is making that many, or 1,000 devices making a few.

Thanks for your questions. I’d be glad to answer them.

It’s a simple fixed price, no matter how many devices are connected. We count requests only.Current plan includes 5,000,000 requests. Either 1 device is making that many, or 1,000 devices making a few.

i don’t know is it correct to discuss these details publicly on forum or shall i send you DM.
but lets make it more interesting you have encourage me to ask more questions

what if i need to add more requests to my app, how much every 1 M request will cost me?

We haven’t seen anyone so far who reached this limit. We will publish a calculator to make it easier for you.

how long duration i should use it on my marketing materials "like our server will be Always Up for you X years from date of purchase.?

It’s rather a question for you

In an unlikely case if Blynk shuts its doors, your app will stay in app stores for another year, or we can transfer it under your account. Or we can even publish it initially under your accounts if you have them. We will also offer you migrating to your own server.

is there any SLA on the server performance if i sold my Hardware to customer i should make sure it will be on when they need it.

Even amazon sometimes is down… If you are running your server - it’s on your shoulders. If you need 99.99999% uptime we can set it up for you. And of course it’s not for $99/month

any information about the Price and what about supporting other language?

price is listed on the website. We can localize app. It would be an additional fee. DM me if you are interested.

can the App use like a my scheduled actions and similar small Automation functions or just a button change the GPIO low and high?

All Blynk widgets are supported. Timer widget is accessible for your users too. Not sure what do you mean by automation.

To be simple. Imagine you have a project in Blynk. The whole project with all the functionality will be in your app. It’s very similar to sharing, but it’s your app + features like WiFi provisioning

Right now it works with ESP8266 only. Which Arduino are you using? Maybe you can just build your project with ESP only?

I use an AT mega 328 P with arduino bootloader preloaded. But I control many peripheral device (radio modem, SD Card, RTC module, a 16 bit ADC and a 4-20 mA converter. I have never verified if I can use just an ESP stand alone, I’ll do …
Bye,
Giancarlo

ESP’s can connect to all MCU’s so the system should work with all hardware combinations as long as you incorporate an ESP.

i think it’s designed to be for ESP8266 standalone , as WiFi provisioning and OTA options will not work with
slave and master MCUs