How can i connect my led

how can i connect just like this image, when all of my pin arduino uno are connected to my arduino wifi shield.

Documentation for Blynk, the most popular IoT platform for businesses. 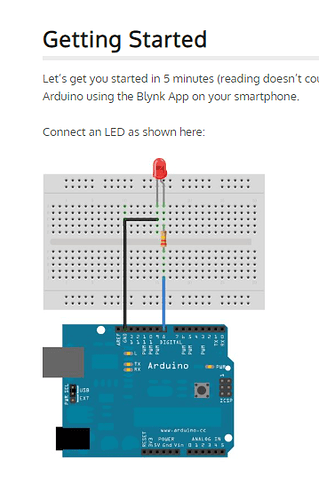 Look at the specs for the WiFi shield and see which pins are used for the WiFi connection. These will be the same pins that you use in your SoftwareSerial() statement. If the specs refer to other pins, like CS, then avoid these as well
The other GPIO pins will be available for use with your LED.

as u can see on image all of pin my arduino uno is connected to arduino wifi shield.

so how can i connect my input and output when i don’t have a pin more ? 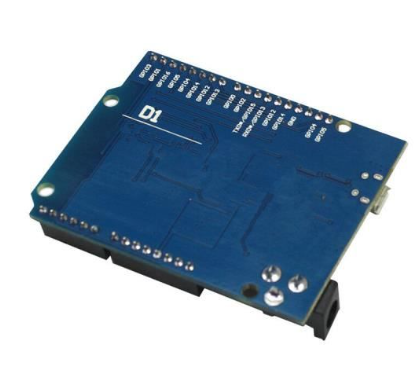 That’s not a WiFi shield. It’s a board with an Arduino UNO footprint that has an ESP8266 module on it rather than an Amtel 328. It’s a clone of the Wemos D1 R1 board.
It’s designed that way so that it can take standard Arduino shields, but it is not a shield itself.

The board is much more powerful than an Arduino UNO and can be programmed directly from the Arduino IDE, once you’ve installed the ESP Core, by choosing the board type of D1 R1.
The disadvantage of this type of board is its size and its cost. It’s just far bigger than it needs to be and costs around 3 times more than a Wemos D1 Mini.

Which board should I choose for my first Blynk project? FAQ

I thought I’d write a piece about my thoughts on the best hardware to use for your IoT projects if you’re just starting-out with Blynk. I did what many people do, started-off buying an Arduino Uno and uploaded some code to make it flash an LED. After about 10 seconds of watching the LED flash I was bored, and wanted to do more (I have a short attention span

). The next task was getting the Uno connected to the internet and I chose the Ethernet Shield route. After around 6 months of m…