As short and simple as in title… Could it be introduced as an option? 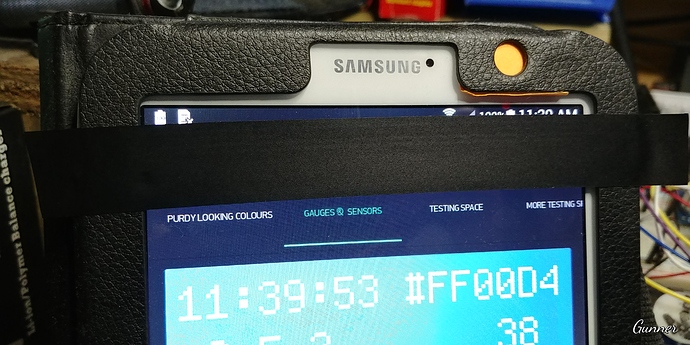 Little bit higher, and it would be perfect!

I mean the system status bar, but your looks like perfect… Black Hole…

OH, you mean the phones status bar, not Blynk’s. I know some apps can go into full screen mode, but I think that is up to the version and allowance of the phone’s OS.

Yup! Now when the widget’s borders are gone, this one particularly distracts my attention of … Blynk

Got ya… Yes, I was wondering why anyone would want to hide the Blynk status… too much useful info and control there to hide… although I rather like the phone status bar… quick clock, battery and WiFi status at a glance that I think is important for an IoT App. Now in my erReader App, yes, I prefer not to see unrelated stuff to read

What exactly status bar do you mean and why?

The system status bar. The Blynk desktop is really nice as it looks, and the status bar is not something expected on “standalone” device for home IOT. I was thinking about old 7" tablet to use for this purpose. Kind of “full screen” option, as in Android browser. 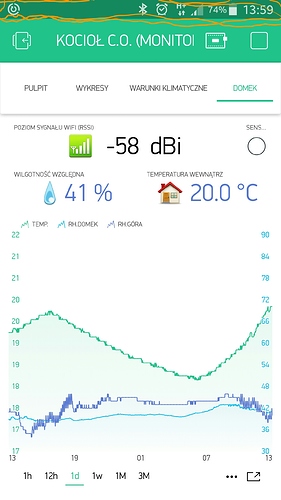 Would look as this: 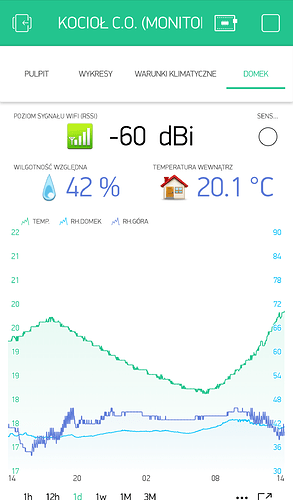 I see… @BlynkAndroidDev is that possible in general?

@Dmitriy @BlynkAndroidDev Yes it should be. It’s called immersive mode and is used by most e-reader apps such as Kindle. This would be a great addition.

For those into that kind of thing, there’s apps at leat for rooted phones/tablets to do this but then it’s system wide. Actual support from the app would be much cleaner.

I’ve setup a lot of sensors and power toggling to our family summer cottage. It would be cool to be able to repurpose an old tablet for this purpose as typically you want to leave your phone silent in your bag to be able to relax while being there.

I was thinking about old 7" tablet to use for this purpose.

. It would be cool to be able to repurpose an old tablet for this purpose

FYI, You don’t really need to hide the device’s system status bar to do that… it is barely noticable on my Solar Monitor setup. In fact I prefer it so I can see battery and App update status at a glance.

This old Samsung Galaxy 10.1 runs 24/7 like this… too slow for tablet use… but lovin it’s rejuvenated purpose 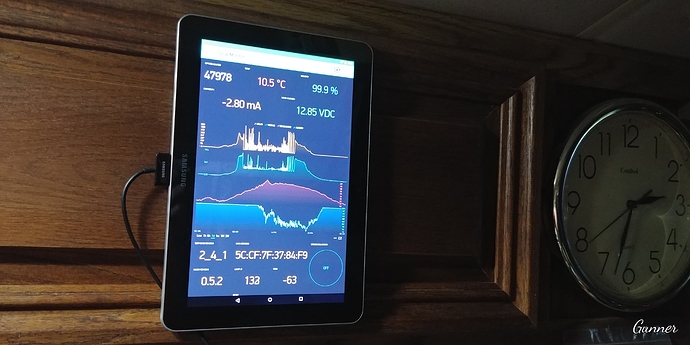 @Gunner I would say that depends in the eye of the beholder. On a dedicated display like this I would prefer not to see anything unrelated. Battery level is not needed if the device is always hooked up to a charger. A clock I’d rather add on the Blynk display if needed.

When wanting to manage the device you can always tap the home button (or swipe down from the top) to do that.

Not disagreeing with anyone’s personal viewpoint… was just affirming that it is strictly aesthetic for a static displays actual functionality.

And black tape would fix that until an option comes along. One would have to look real close to even notice the tape

That might hold true for your use case but I personally wouldn’t even want to remember it being an Android tablet.

Besides it might give just enough vertical space to completely fit in the last widget on the screen!

@ristomatti just because it’s intended for e-reader and video player apps and games mostly, we hadn’t implemented it. we’ll think about it as additional app’s option when we’ll add something like user’s profile.

On a dedicated display like this I would prefer not to see anything unrelated. Battery level is not needed if the device is always hooked up to a charger

And that is exactly my point of view!

@Gunner, while the black tape might be a kind of a “solution” I think one may need to access the status bar from time to time

And how many times the black tape can be stick and unstick for that purpose?

Guys, come on. Blynk is not a game, it’s a utility app, where status bar is a standard for over 90% of the use cases.

There are way more important features that can be added instead of this one.

While you can definitely discuss here and prove me wrong, but it’s not going to get to the app in nearest 6 months or more.

@Pavel I definately agree this is not a high priority feature. I can see some business value in this also though.

Having a seamless view of the screen could be seen attractive in certain use cases. Consider a typical kiosk setup where a tablet (with no onscreen home/back button) would be fixed inside a cabinet showing only the display. The cabinet would cover the physical power/home/back buttons to center the focus on the Blynk interface and block accidentally navigating away from the app.

This kind of view could be useful for various situations to use Blynk as a user interface to some physical device or just to display information. Traditionally PC’s with a touch interface display have been used for this kind of purpose but these days a tablet might be a much simpler solution.

From the implementation perspective this could be adding a flag on the project settings to toggle the system calls described in the URL below. While being a Java developer myself I realize there being a lot more to do it than just that.

This page shows how you can engage users more deeply with content in fullscreen and protect users from exiting the app accidentally.

@marvin7, while writing this I remembered seeing some apps on the Play Store to force an app to a locked kiosk mode. I’m not sure how well these work or if they will make the app full screen but something like that might be worth the shot. I remember having my phone crash while trying such app some years back but maybe they have improved.