i was trying hard to connect my PMC to the Blynk, i have struggling to do so since Blynk doesnot give any example…is there any way to resolve this ??

Are you talking about an Arduino board?
If so, which model exactly?

What are you trying to achieve/control with it? 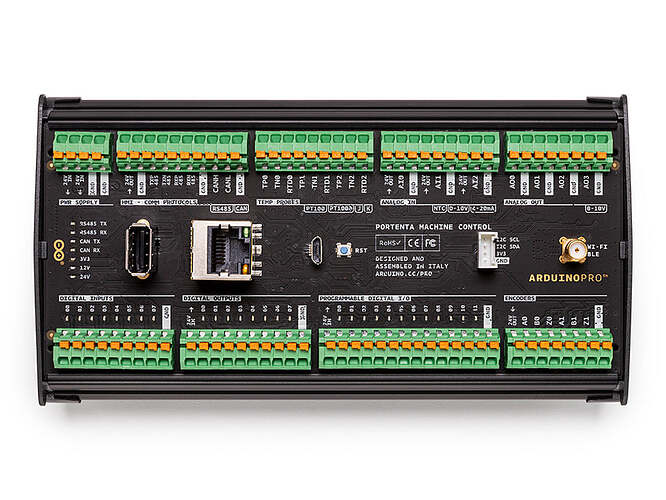 I have rs485 sensors and analog sensor to read, besides i have to control some relays… it is a greenhouse automation project, actually i bought blynk to make a dashboard for our operater… But unfortunately there is no ready example to connect this arduino board to my blynk… .

hi Blynk_Coeur
thanks for replying and hope are doing well…
that is why i do not want to waste more time, just wanna be ensured whether supported or not…

It looks like it would run an MQTT client without any problems, so would be simple to use with Node-Red and the Blynk plug-in for Node-Red.

Obviously that needs additional hardware, or a cloud server to act as your MQTT broker and Node-Red server.

I don’t run Blynk code, or use the Blynk libraries on the majority of my devices, so it’s a perfectly legitimate and practical approach.

You could also use the Blynk HTTP(S) API, but that’s more suited to pushing data out to Blynk rather than controlling devices via the app.