I’m always reading the forum, but just today I created an account in this great community because I think I have an idea and no one has posted it before.

When I use the the ZeRGBa Widget I usually drag my finger across the screen to get to the desired color/intensity and I love the view with the parameters set as “send on release”=off & “write interval”=100ms. I simply enjoy playing with the widget colors and see the “real time” output in the RGB Led strip. I was wondering if we can add this auto color changing as another “quick access” in the widget. I’ve been playing around with “dumb” RGB led strips in the past and all of them have a “demo” function that already does this out of the box, I simply love it.

I noticed there is already a quick access for white color and I was just wondering if it would be possible to also add this as another quick access function in the same widget? 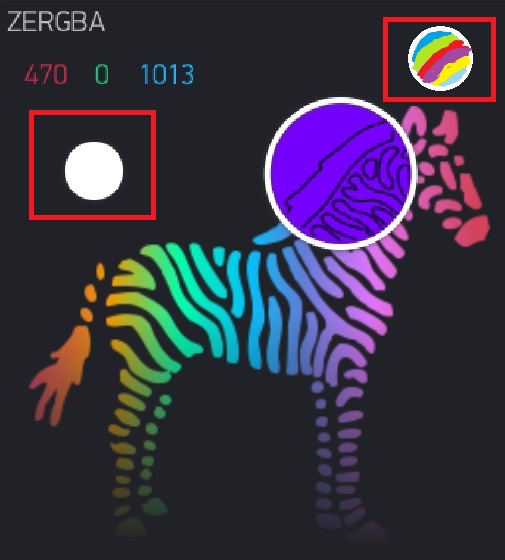 In that case I’m sure you will have realised that the current version of Blynk isn’t being developed any further, and that the developers are putting all of their time and effort into supporting paying customers and developer get Blynk version 2.0.

Having said that, I’m sure that the developers are keen to hear ideas that would enhance the future product, but my guess is that enhancement requests from paying customers are the source of most improvements that will make their way into the new version of the product.

My reservations about your idea are that the ZeRGBa widget is merely an input device which passes the selected parameters to the sketch on the device. For the widget to send different RGB settings to the device, the patterns would need to be generated on the Blynk server, which isn’t normally the way that solutions like this would be implemented. Also, the next logical step in this would be a request to have a library of automated patterns which includes different effects and pattern changing frequencies.

So far, the development of widgets has tendered to focus on providing functionality that doesn’t already exist, and which can’t easily be generated in code on the device. As it’s a relatively simple task to add a button alongside the ZeRGBa widget that will trigger a function within the sketch on the device to display a pattern of your choosing, I doubt that your suggestion will find much traction.