Hi,
is it anybody here who used Shelly 2.5 with Blynk?
I like to use Shelly 2.5 with my own code in Arduino IDE but I have few questions regarding inputs on Shelly.
Maciek

There seems to be a design/manufacturing fault with the Shelly 2.5 where some of the component legs on the back of the circuit board haven’t been trimmed after soldering. This allows them to touch the Wi-Fi antenna which is stuck to the inside of the case. The antenna has an insulating film on it, but a small amount of pressure on the case will puncture the insulation and cause problems like these: 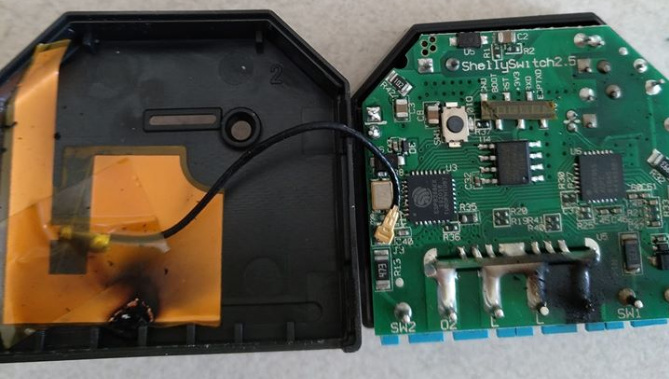 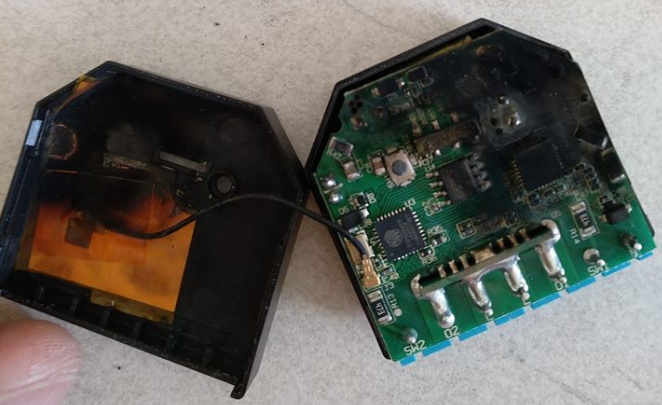 (These aren’t my photos, they are taken from the internet).

If I bought one of these the first thing I would do is to pop the cover off and take pair of snips to legs of the blue connector block pins, and to the pins in the top right hand corner of these photos.
Infact, although I’m a fan of the Shelly products, I’ll probably steer clear of the 2.5

As far as GPIOs are concerned, these are now quite well documented on the internet.
With the Shelly 1 I’ve found that there is a problem if you try to use interrupts to sense switch operations, as documented here:

Shelly1 controlled by blynk Need Help With My Project

Yes, it’s certainly possible. I use Blynk in a different way to most people, so I don’t have any code that I could share with you (and my Shelly 1 is in a different country right now so I can’t test any generic Blynk code). My testing/research with the Shelly1 showed the following… The relay is attached to GPIO4. Pulling GPIO4 HIGH turns the load On, and LOW turns the load Off. If you want to use a physical switch with the Shelly1 then the switch is connected between the SW contact and the c…

Although I’ve hacked quite a lot of hardware devices in the past and happily control them with my own firmware, I’m not sure that there is as much need now, as Tasmota seems to the the De Facto way to go now.
Obviously linking Blynk and Tasmota isn’t that easy without some additional hardware/software, but as I use MQTT and Node-Red then that part is already there for me.
If you want to do power monitoring then I’d say Tasmota is definitely the way to go.

Thanks Pete.
As I know all modules which are in polish distribution are already fixed - is a information from maker, fault was in first version, all are fixed.

That’s why I don’t like to link Tasmota and Blynk but write own code. For those purpose I need schematic or do reverse engineering to get information about hardware connections. I know on which pins are inputs and outputs, but I don’t know how it is done on electrical side.

Thank You.
So now only left to figure out how switch 1 and 2 are connected. I think via optocoupler. But question is if I will connect Switch 1 to 230V AC value will be stable or will change 50 times per second.

how switch 1 and 2 are connected. I think via optocoupler

Why does it matter?

if I will connect Switch 1 to 230V AC value will be stable or will change 50 times per second.

That would make it a rather useless device!

The way the input is connected is very important.
Shelly 2.5 can work with either AC or DC power supply. When working with DC, there are no problems, giving a signal, e.g. 12V DC, to the input is not changeable in time, i.e. during program reading, as long as the voltage is on the pin, it will remain high.
In the case of AC supply, if the optocoupler itself without a rectifier is used at the input, the situation will be different.
If you give an AC signal (no matter if it is 12 or 230V AC) on an input without a rectifier and filter, the signal on the pin will change 50 times in a second. When reading the value in the program, you need to take into account these changes to distinguish whether it is interference from the switch (debounce function) or resulting from signal frequency.

That`s why I like to know type of connections to input pins to include this functionality in code. I need write simple program and check it.

I don’t think it matters exactly what circuitry is used, what matters is how it behaves when you read the value of the GPIO pin.
As you said, you need to experiment to discover the answer to this.

Exactly, but always easier way is to look into schematic, is not necessary to make investigation

Thanks for Your help.
Maciek

I download a Blynk code into Shelly 2.5 and is working fine, I can control Relays from app. But when I like to do this without Blynk but with my own code is doesn`t work.
Any idea?
I did just a simple program which should change state of relays.

@maciekelga please edit your post, using the pencil icon at the bottom, and add triple backticks at the beginning and end of your code so that it displays correctly.
Triple backlticks look like this:
```

You’ve used different GPIOs in your code. Is this because you believe that information to be incorrect? 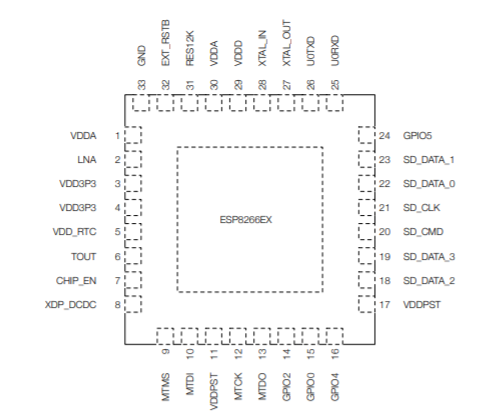 And this is where studying schematics does you no good at all.

The IDE that compiles your code knows nothing about chip pin numbers, it takes the GPIO numbers you specify and uses them directly.

Change your code to this:

and it should work.

Pete, thank You one again!

Do You have idea what type of temperature sensor is inside? I did a reading from A0, in ambient temperature reading is around 500-600 - I assign it to V10 and display in Blynk App.
It would be nice to get as well reading from power meter, but I`m not sure if I really need it.

Currently I`m working on RGB controller on NodeMCU for LED strips, second project is Shelly both for my Home Automation IoT. After finish I will share my work on community.

Do You have idea what type of temperature sensor is inside?

According to this site:

Shelly 2.5 Review: Everything you Need to Know About It

The Shelly 2.5 is a dual-channel relay for your Open Source Smart Home Project packed with features for tinkerers. Is it worth the investment?

Shelly 2.5 has a temperature sensor to prevent overheating. If the temperature goes too high, the device shuts down automatically. It also has overpowered protection and, even though not advertised, it detects earth leakage also. If the difference in current between L and N is more than 10mA it automatically shuts down.

So, I’m not sure if the sensor is of any use for measuring ambient temperature.

Ok, I just make reading from analog pin to check if is working.

So now only left to add a code which let the program running without Wifi connection.
I need it to operate relays in Shelly locally in case of problem with Wifi/Internet, program can`t be blocked when is no wifi connection.

Hello all,
I found this old topic and I am too trying to figure out how to read power and energy use.

Someone can give some advice? 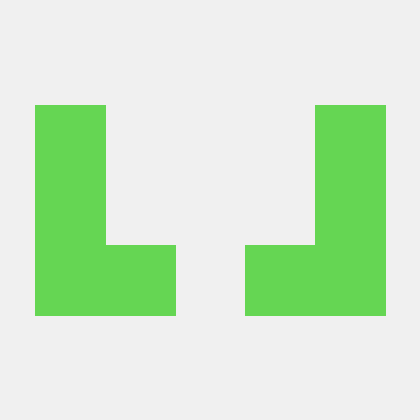 
In version 2.1 I did running power readings.
next page →