I’m a hardware person at heart, and have recently been getting back into software to develop a piece of scientific apparatus. The field is in perceptual psychology/ olfaction and I’m developing a new type of device called a pulse olfactometer.

Essentially, a pump fills two chambers with smell, and then a valve array distributes the air to right and left nostrils. Where I work as a research assistant, we’re hoping to use the device to discover new things about how our sense of smell works (for instance, suppose that I pump a strawberry odour into your left nostril, and lemon to your right - would you notice if I briefly reversed the polarity?) Here’s what the UI looks like:

Introductions aside, I’m having some difficulty programming even the basic functions because my knowledge is pretty poor. The basic operation is like this (I’ll paste what code I have later, but for now just in “arduinenglish”)

I know that this is a relatively simple project, but I don’t know how to use the value from the numerical input as the fill duration, and then how to set that as the delay between turning the pump on and off again.

Here is my code so far (sadly not much, I know), I’ve taken out the bits I know to be wrong (not sure if that’s helpful):

Thanks so much and of course I would be happy to give anyone that helps a mention in any academic papers which this device is used to collect data for (if they so wish!)

Here’s the hardware side: 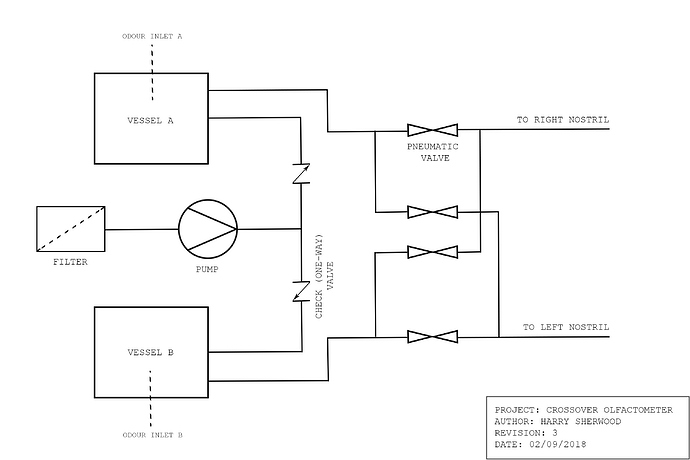 Couple of threads for you:

Timer after press button Need Help With My Project

Hi, I am new to Blynk. I would like to use the Blynk App on the iPhone to send a pulse (Mimic a button press) to one of the ESP8266 GPIO to control a device. Do you know if Blynk supports pulse instead of just ON or OFF? Can you give some instructions on how it can be done? Thanks a lot.

These numbers (7, 17, 18 etc) should represent the General Purpose Input/Output (GPIO) pins of the device that you’re using. In your case, you’ve said that this is a NodeMCU.
I’m guessing that you’ve found this code from something that was written for an Arduino Uno or Mega, which have more GPIOs available for use than the NodeMCU that you’re using.

To confuse you even further, the NodeMCU has “D” numbers screen printed next to the pins, which don’t correspond to the GPIO number of the pin, and some of the NodeMCU pins aren’t suitable for controlling relays etc because they behave in a particular way when the device is booted.
Take a look at this post:

hi blynkers! the esp8266 mcu is widely used in iot projects. however, most gpio pins on this mcu have special / multiple functionality and are not safe to use in all circumstances. these “features” are still not well documented and not explained in a friendly manner for newbies. i see lots of cases when the “issues” are simply caused by not knowing which pins to use in which case. [esp8266 pin features] here is a basic table for startup. i’ve collected the info from various sources on the in…

and a pinout chart for your device like this: 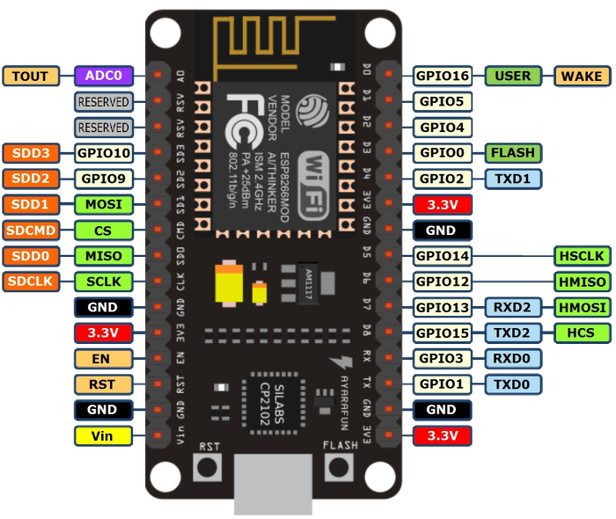 I’d reccomend that you lay out your curly brackets differently, so that the code is more readable:

The variable names you used in the above code don’t match those that you’ve declared at the top of your code:

and you’ve used fillTime in both your V3 and V5 BLYNK_WRITE functions, presumably because you copied and pasted and didn’t change the variable name afterwards.

Thanks so much for your detailed reply - I realize now that there are so many errors in that code.

Do you have any advice about my major issue: getting the numerical input to determine the fill delay?

Well, once you’ve sorted-out the code to the point where it will compile, which will include making the amendments I pointed-out, you’ll have those values you need coming from the widgets on V3, V4 & V5.

However, you don’t yet have a button widget attached to a virtual pin to trigger your process. Let’s assume that you attach this to V6.

When the V6 button is pressed/released, it will trigger a BLYNK_WRITE(V6) event and the result will be a 1 (pressed) or a 0 (released).
You’ll use an If statement within your BLYNK_WRITE(V6) function to determine which it was, and then take the appropriate action.

Take a look at the code that @Costas linked for more info.

Personally, I think you’d be better allocating pre-defined values to your pump run variables to begin with, rather than using the values that come from your V3, 4. & 5 widgets as this will make your debugging easier initially.
You should also use plenty of Serial.print statements to show you what’s happening with your program flow and your variable values along the way.

It will be a fairly steep learning curve to get to the point where you can get the code to work the way you want, but experimentation is the best way to learn. Those Serial.print statements will help you to see what’s happening, but if you struggle to make sense of what’s happening the play with some of the simpler examples in Sketch Builder first.