I just saw the following mail in my spam folder.

@Pavel, is this genuine? I don’t know how I feel about paid reviews as it can lead to heavily biased reviews. 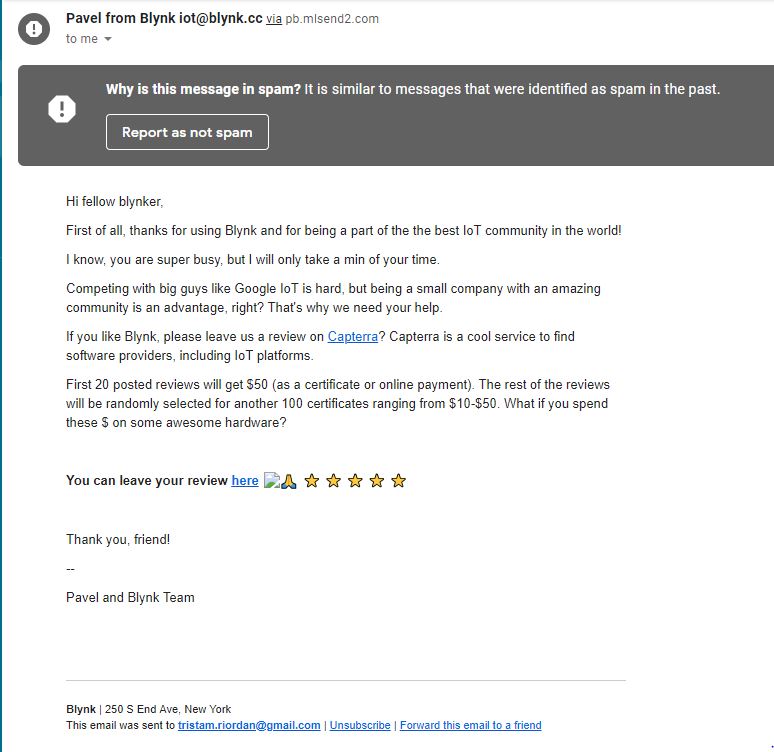 Hi, thanks for your feedback.

Yes, it’s genuine. And I don’t think it’s biased as we won’t judge the reviews. As email says, it will be a random draw. Incentive was proposed by Capterra itself as it’s a part of their model to acquire reviews.

To be honest, we didn’t expect that, but we got hundreds of replies with a “Thank you” notes. And majority of them say something similar to “ I don’t care about $, I just think you deserve an honest review”.

Do you think it’s biased?

I wasn’t among those lucky few that got a

A small consolation is that Pavel called me friend in the email I’ve got. I’m glad he took the time to personally write it. Kudos!

(Keep your pants on, I was being ironic! I was quite happy to leave a review,