I’m moving to the next phase of my project: setting up the communication between the different devices. For simplicity sake I’ll limit it two 2 zones (there are in reality 7 in total). It turns out that this brings up a TON of questions, so apologies for the lengthy post…

CENTRAL Device, This is the processing unit that:

WidgetBridge bridge1(V1); //Initiating Bridge Widget on V1 of Device A

WidgetBridge bridge_livingroom(V1); //Initiating Bridge Widget on V1 of Device A

but do I need to check (e.g. every second) whether V5 has changed? Or is there an event that is triggered? Or is BLYNK_WRITE() the event handler? E.g.:

ANSWERED! 6. Arduino-IDE when compiling it checks the board to which it compiles (Wemos D1) and allows me to use the pin numbers on the board instead of the gpio numbers, so D0, D1, D2, … A0. Lets say that the relay is connected to ‘D6’ can I update it directly and correctly with:

Once more: thank you very much for looking at this!

Many questions… I will answer a few.

I gather from the documentation that EACH DEVICE requires its own authentication token. Is that right?
if so: how do I create these tokens?

As you add devices within a project it will assign each an AUTH code. 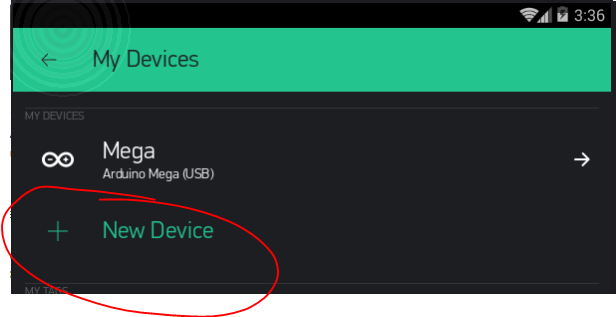 Can I change (from the documentation) this:

Don’t see why not.

Arduino-IDE when compiling it checks the board to which it compiles (Wemos D1) and allows me to use the pin numbers on the board instead of the gpio numbers, so D0, D1, D2, …

Don’t use those with Bridging… the Dpin references tend to be IDE board setting specific… use traditional GPIO pin numbering.

if that is possible can I then keep using V1 for other zones as well so:

As long as each V1 is on a different device, why not

how does the other side of the bridge ‘know’ that the value is pushed?

Same way as it knows you touched a widget in the App… Blynk is constantly running in the background monitoring all it’s housekeeping needs.

Yes, by reading all the documentation… and I meen all of it, as there’s snippets of info here and there…

NOTE: most of these answers I discovered by simply experimenting and lots of reading

NOTE: most of these answers I discovered by simply experimenting and lots of reading

rtfm and experiment, yes I’m well aware. Currently I’ve read about 79 ‘manuals’ varying from lengthy fora pages, actual manuals, documentations, wiki pages, concerning Arduino, C, C++, Esp8266, Sonoff, Tasmota, LCD, OLED, RC filters, LM35, BME280, U8G2, Blynk, Adafruit and many many more. And yes at one point Ive read the blynk documentation from top to bottom (and I did read about the 128 VP but couldn’t recall where I read it).
As for experimenting, for the last 32 days I’ve been nearly every evening working on either Arduino or ESP or some electronical circuit, I still have to clean up the blood stains from the wall as it has become well-accustomed to my head

I’ve also did research in Home-assistent, Cayenne, Node-red and openhab next to Blynk, to decide for which sytem I would go. I guess its obvious for which I went. The reason I did this is because I’ve been very active on a few other fora and know the enormous value of a big, friendly and supporting community. Of all these systems Blynk has the biggest and THAT is the main reason I decided to spend my foreseeable future here. As usual first as a leeching n00b and later (hopefully) as an experienced guide.

The questions I asked I could have indeed figured out by either rereading the docs again (although as you noticed, some questions literally concern the docs themselves) and by a lot of experimenting. However I would like to start this part of the (currently rather arduous journey) with some head-start…hence the questions. I have no doubt in my mind that I will be adding more bloodstains to the wall when I get deeper into the Blynk part of my project.

Anyway, once more (and I sincerely mean it!!: ) thank you for your support and swift replies. I hope I’ve given you enough motivation to convince you that I’m not quite as lazy as it might seem and that I had good reasons for asking them.

while working on this I encountered an additional question, in the docs this:

WidgetBridge bridge1(V1); //Initiating Bridge Widget on V1 of Device A

What is the function of “V1” in that line? Later in the code several values are send using this bridge over other virtual pins then 1, so does that mean that “V1” is completely arbitrary?

Long seemingly defensive response for what was an innocent comment

I have been experimenting and reading about Blynk literally (and in the correct literal sense) every. single. day. for almost a year and a half… and I still need to rtfm

What is the function of “V1” in that line?

That is the vPin you assigned to the Widget in your App project of the sending device… it is clearer in the example referred to from the documents (at the end of the Bridge doc).

In your searching did you find this?

#11 - The simple, but mystifyingly complex, Bridge The Bridge is meant to allow totally separate projects to share data, and/or control things between themselves. You can also have just one project with multiple devices, but have any of the 1st device’s Blynk functions triggered directly by Bridge code in the 2nd device… bypassing the App. As long as the Auth tokens were generated on the same server, then this can even share between different accounts… I think?

Long seemingly defensive response for what was an innocent comment

well it did give me the feeling that some explanation of my background, choices and intention needed to be clarified and I don’t mind doing that.

In your searching did you find this?

no I didn’t. I’ve read it a couple of times but I’m not sure im getting it. Perhaps some further explanation is in order:

Lets take the states heatOn and maintenanceOn, which are the two that are currently giving me a headache.

I have 3 devices: thermostat, relay and CENTRAL.

Note thus that relay and thermostat do NOT communicate directly!

Now to communicate the states between the three devices I need the bridge, however I can’t wrap my head around which Vx I should use to do that. I’ve currently initiated all communication over V0 but the states are on V5 (heatOn) and V6 (maintenanceOn). So e.g. for central I have:

There’s more going on, but I’m trying to keep things simple for this question.

Now I haven’t tested it yet (it does compile though), but whether it works or not, what bugs me is:

I have no clue what its does and whether V0 is ‘right’.

EDIT: Reading your post again I get the feeling that I need to do this:

but if that is the case then I don’t get the documentation where they do:

WidgetBridge bridge1(V1); //Initiating Bridge Widget on V1 of Device A
and then

In short: V2 is not initiated in the documentation, but it IS used.

For whatever reason you need a Widget in the sending devices project… that widget needs a vPin (possibly a different one for each individually named bridge)… However, from there any further bridge commands are using the receiving devices vPins that you want to control.

out of it with every variation you can think of, before trying to make your full project functional with bridge.

My example was a bi-directional example… Take it, but load it on ONE device only and use a basic, non bridge sketch on the receiving end, with it’s own project, with Blynk functions buttons, LEDs whatever… then control them from the Bridge project.

I’ll get to it and see where it gets me, thnx.

I thought, well at least I can try to split everything up as it is and see where it gets me with the blynk bridge…it worked in one go

Granted: I had to fine tune some timers, what was communicated (and when) and the verbosity level of the serial output, but that was all minor stuf. The big jaw dropper is that this worked THE FIRST TIME, I don’t recall having that experience before with arduino.

I also got a bit of an epiphany when reading the docs for the nth time, specifically this line:

Bridge widget takes a virtual pin, and turns it into a channel to control another device.

It must have gone passed me all this time but now I understand that ALL communication is done through that one pin, whether you update virtual, digital or analogue pins, the updates go through that channel.

The only thing I still don’t get is why can you ALSO use that channel for other purposes, in the docs its used to initiate the communication channel AND its used to send the string “hello” (see example)
edit: ah no it doesn’t it updates V1 of the receiving device (@Gunner your words are beginning to make sense).

That leaves me wondering what happens if I were to initiate a channel on V0 and then either use a virtualwrite(V0,‘whatever’) either directly or from a remote device.

Anyway, my learning: I’ve reserved V0 for communication on ALL ESP’s and you apparently can even initiate multiple channels on the same pin. As I’ve done in CENTRAL:

Yes, in the case of setting up the channel…

I haven’t tried this, but I don’t see why you couldn’t use the same vPin # for both transmitting channel and receiving command as they are technically separate devices with their own AUTH code.

well I can tell you that you can. Everything works now!

only issue I just encountered is that if I connect them all to a USB adapter then the OLED screen of the thermometer get scrambled. Need to check whether I can either detect this or reset it regularly…

UPDATE: and you shouldn’t…it turns out that using the same channel to communicate to two devices can work, but not reliably. This morning the Central–>Thermostat comm didn’t work, after changing the channel it did.