Is there any way to put static text on the screen as labels? I see this topic has come up before, but is unanswered. 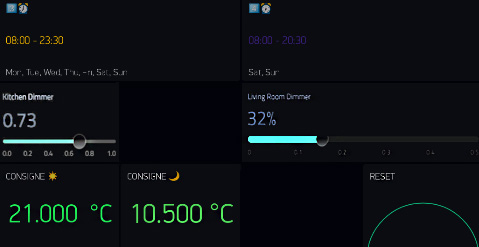 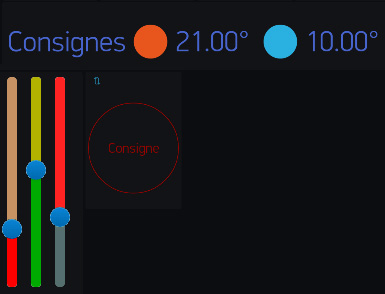 How did you do that?

@awardblvr But as shown, your only feasible option is a labeled display with static text in the LABEL field. No need for even a vPin. 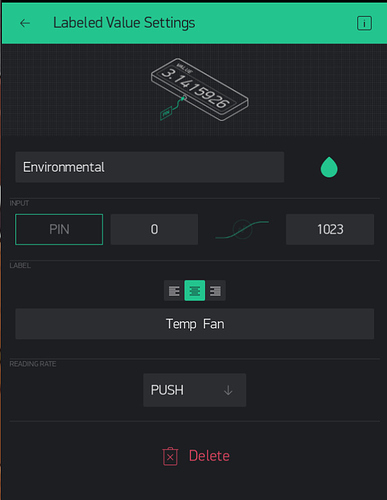 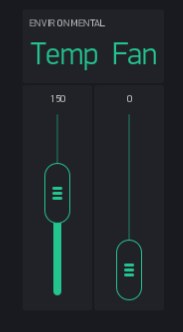 @Gunner, almost nothing there is Blynk app proprietary UI.
And answering the @awardblvr question: I do not know anything like static text label widget or UI element, but it is possible to use Value or Labeled value. Not optimal, but if you wish…
Anyway, I don’t thing that lack of some feature is an error or some issue

I do not know anything like static text label widget

It is not documented as such… but the Labeled Display widget can act as exactly that. See new picture above.

I agree on the topic labeling… just tired of babysitting little details like that, so I don’t for now… I am on “staycation”

the Labeled Display widget can act as exactly that

just tired of babysitting little details like that, so I don’t for now… I am on “staycation”

… more just pointing out that it IS a static text display, just undocumented. PS the Value display cannot work this way.

And I already see lots of red topics

This is good… er… at least kinda a solution.

For our modern age… I’m surprised by the low-resolution in the snap-to grid, lack of variety of color shades, singular font selection, etc., not to mention the lack of an integrated slider naming ability.

But… better than nuthin.

I suspect it is based for quick, easy, user customisable layout and touch, with average fingers… for IoT purposes, not a paint program

lack of variety of color shades,

You can tailor Widget color choices via code to … well I don’t know the limit off the top of my head, 256K or 16 million??
EDIT - with 256 levels per channel, I believe it is classed as True Colour (24-bit), thus 16 million, but I haven’t counted them all yet…

A good example of the variety pf colour options is here… (not just LED… any widget that has color option).

[Screenshot_2018-02-23-18-21-19] This code will allow zeRGBa or individual Red Blue Green Sliders to control the colour of both a Virtual LED (vRGB LED) and any physical one connected to the device. NOTE: this is NOT for a NeoPixel RGB… Only for a bog standard RGB LED (common Anode/Cathode selectable in code) Please adjust GPIO pin…

Again, probably for the simplicity for scaling and its primary purpose IoT, not word processing

Only for the vertical Slider… and understandable due its width… who wants to tilt their head to read a sideways label.

And besides, Blynk is in constant development and there are reportedly lots of changes coming, including some UI stuff apparently…